Many thanks to Connacht who defeated Harlequins tonight, so allowing Toulouse to play at least another game in the H-Cup ! surely Connacht deserve a better ranking in this Cup than the one they have finally  got at the end of the qualification phase …

Let me also use this post  to wish again a very good year 2012 to all, and thank and congratulate  Brendan and those who helped to build this very attractive new site 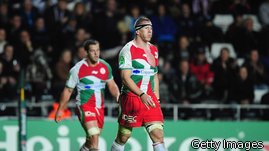 The father of Imanol Harinordoquy brought the Top 14 Basque derby between Biarritz and Bayonne to a halt by running onto the pitch to defend his son.

According to AFP, France international Harinordoquy’s father came down from the stands in the sixth minute of the Tuesday night clash and faced up to Bayonne flanker Jean-Jo Marmouyet after his son got involved in a punch-up far from the action.

Harinordoquy senior’s admirable sense of family loyalty was brought to an abrupt halt by Bayonne fly-half Benjamin Boyet, who tackled him to the ground before Biarritz hooker Benoit August stepped in to restore order.